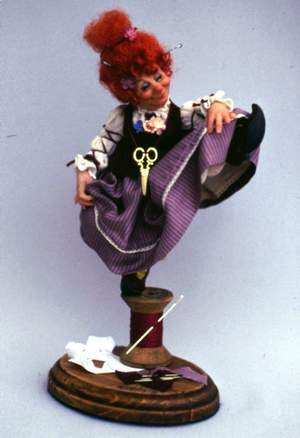 Elf : This high-kicking elf was one of a number he made in the early ’90s

In the late 1970s, a children’s clothing designer, who had been making and performing puppets after work, decided he wanted to give up the footlights and stage fright and just make figures for the fun of it. Early in Robert McKinley’s dollmaking experiments, he struck up a correspondence with NIADA founder Helen Bullard, who wrote the first of many magazine articles on him in 1983. He created three sets of windows for Tiffany’s in New York (’81, ’82, ’83), was elected to NIADA in 1985, wrote two dollmaking books and made one video, became internationally renowned for his dolls and teaching. 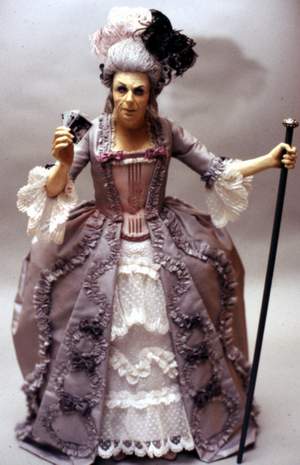 Queen of Spades : One of Bob’s beautifully costumed operatic dolls

Bob did not seek fame and fortune. It all came to him because he was one of the most talented doll artists in the world, he was one of the most kind and giving people in the world, and he was a heck of a lot of fun. He helped propel doll artistry to new recognition solely on the quality of his work. He taught, nurtured, and encouraged countless new talents. Much of the reason doll artists are such a sharing group of people is because of Bob’s example.

Bob’s dolls range from the realistic, poignant NY street people that were his favorite subjects to whimsical elves, flashy ladies in elaborate costumes, and characters from the theater he so adored. Although he worked in a wide range of sizes and styles, every one of his dolls is perfectly proportioned, impeccably crafted, and filled with strong emotional content. His dolls may make you laugh or they may make you cry, but it is impossible to look at one without feeling something.

Sunday In the late ’80s, Bob made a couple of molds and created two or three dolls from each, all different except the sculpture. Sunday is one of three from one mold, the other two being The Urban Gardner and The Renaissance Woman.

He was the subject of numerous magazine articles, had dolls featured in books and exhibits, and created an incredible body of work that is highly prized by collectors lucky enough to own one of his dolls. That is the bare bones of Robert Keene McKinley’s story, but some of the most important parts are missing.

“Bob always swore that he would “do anything for cheap chocolate.”
One time when we were in NYC for Toy Fair, a group of us went out for dinner. I ended up sitting across the table from Bob. When dinner was over, the waiter brought us each a pile of Hershey kisses with our coffee. Everyone, except me, snaffled theirs down right away. There I was with a tidy little pile and pretty soon I noticed Bob staring rather fixedly at my chocolates.

Recognizing the silly grin of a choco-holic, I thought I might have some fun. 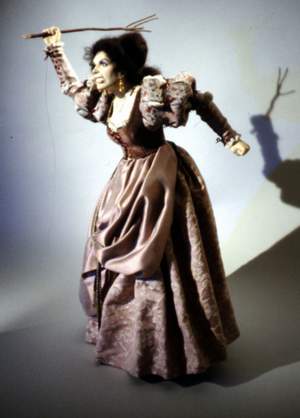 Kate:  Bob had difficulty with Kate’s mouth and asked several people to try to assume the expression he wanted. He finally used his own image in a mirror to get it right.

Pretty soon, Bob’s fingers were shaking and he said, “Susanna, are you going to eat those chocolates?” Oh, do I have chocolates?” says I, all surprised. “Maybe I’ll just save them.” By this time, Bob’s moustache was beginning to twitch and he said, “Oh, you don’t want to do that, they will get all nasty in your pocket.” (Bob is getting a little drooly at this point) “Goodness,” says I, “maybe you would like some? What are they worth to you?” By this time, Bob was glassy-eyed and ready to agree to anything. I said, “How about a McKinley original?” (One can always hope.) Bob was hooked, he said, “how about a finger” This went on until I successfully traded my chocs for a hand and an arm up to the elbow. Bob got sick shortly after and I never got my original McKinley arm.

However, am thinking when I go to the Great Studio in the Sky, I am taking a bag of chocolate and a box of clay… because McKinley will pay! 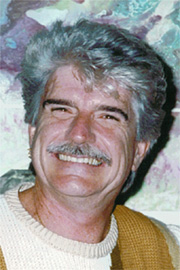 Robert Keene McKinley – extraordinary doll artist and remarkable human being. His contributions to NIADA and the world of doll art are without exception. NIADA is honored to dedicate this website in his name. 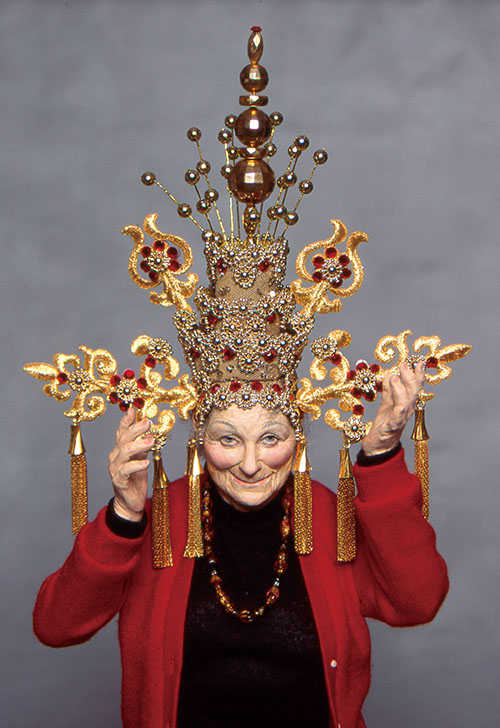 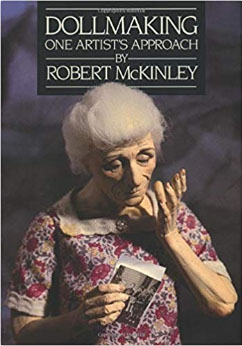 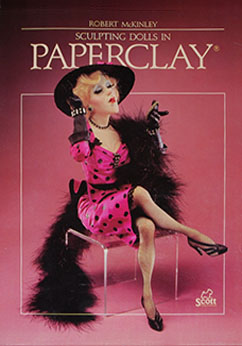