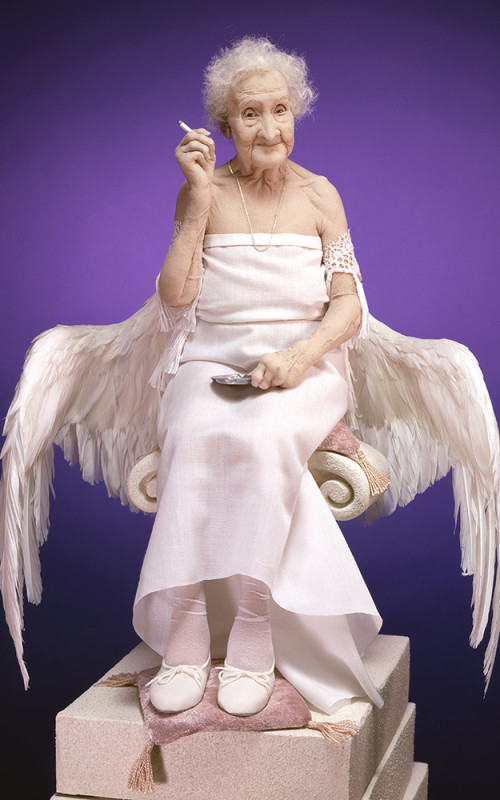 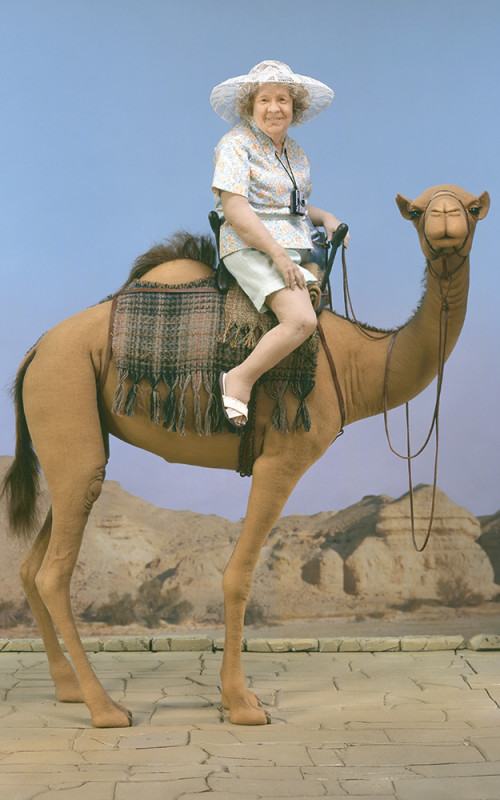 Newtie's Mom in the Holy Land 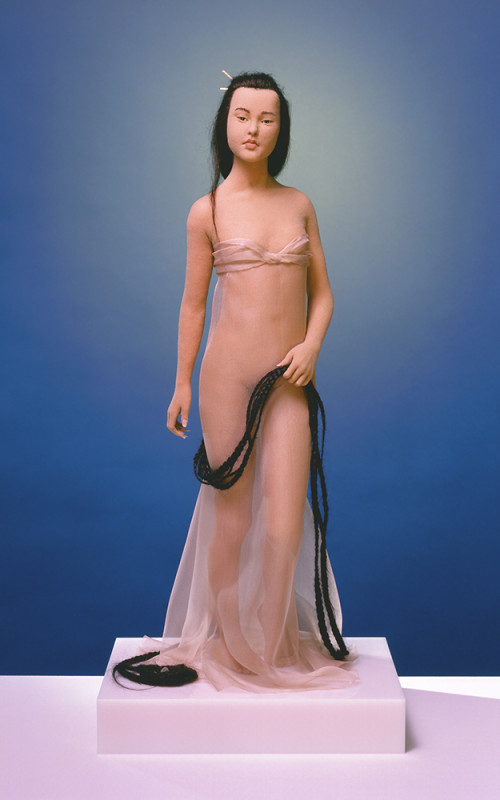 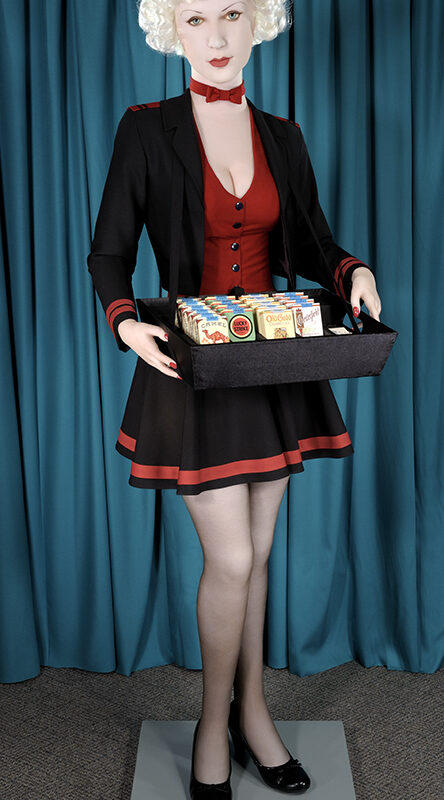 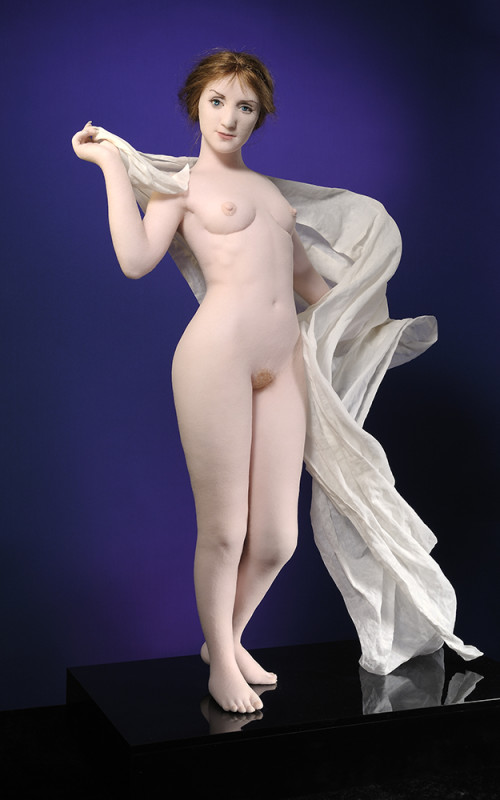 After graduating from the Philadelphia College of Art, I was hired by the Disney Studios as an apprentice animator. While there I developed three-dimensional figurines for stop-motion animation that had nylon-stocking skins. The “brief vacation” I took from animation to explore the possibilities of using these techniques to create sculptures has lasted more than 30 years, and I still feel I’ve barely scratched the surface of what is possible in the medium.

Fabric is one of the oldest craft or art forms developed by man, but only recently has it become possible to make fabric figures realistic. This technological leap was made possible by the invention of nylon, which is an extremely moldable fabric (capable of stretching five times its sitting length while returning to its original size once tension is released). I have developed techniques of layering various colored nylons and “needlemodelling” them over mixed-media bodies to create figurative realism.

Although most of my work is less than 25 inches tall, I also make life-sized sculptures and large installations with many figures in environments. These sculptures are so realistic they are often mistaken for real people when photographed. I work in my studio on the first floor of a Victorian home in Springfield, Massachusetts that I share with my husband, Jeremy Wilson. 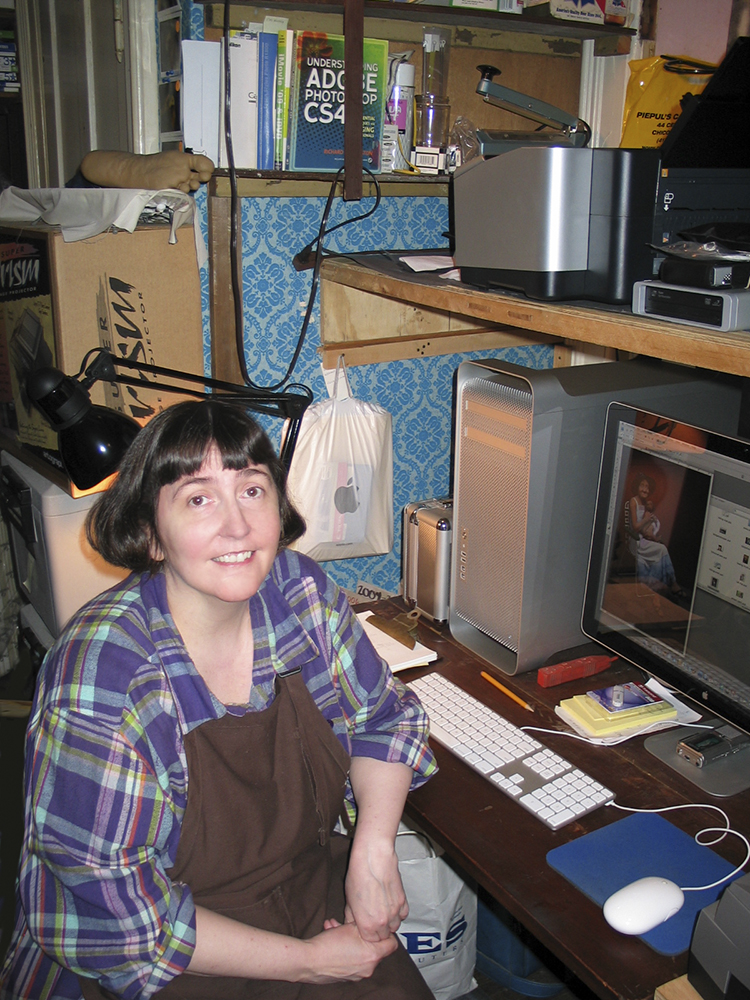