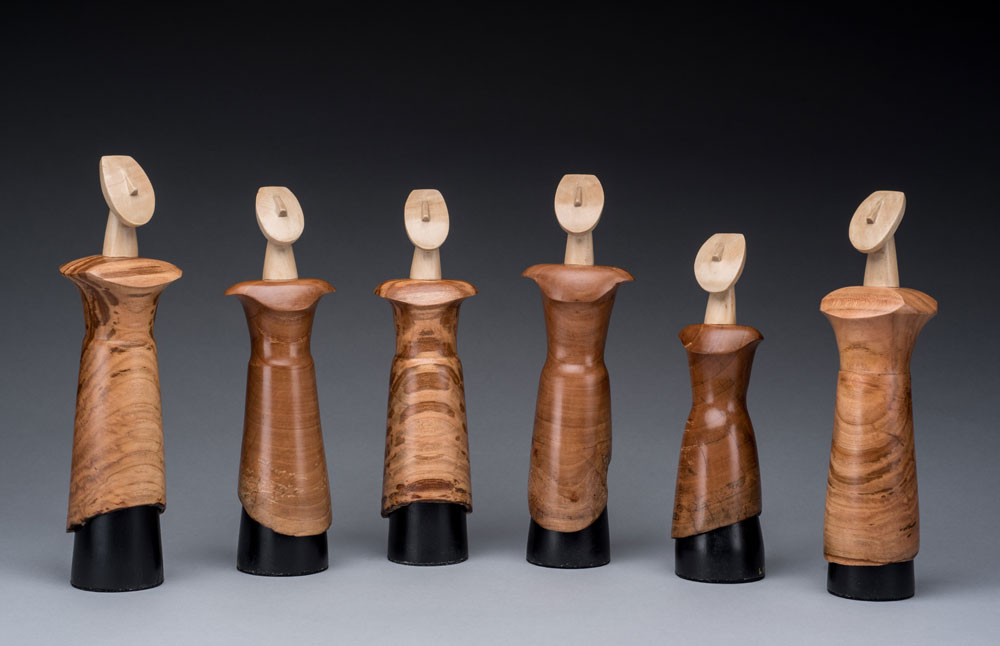 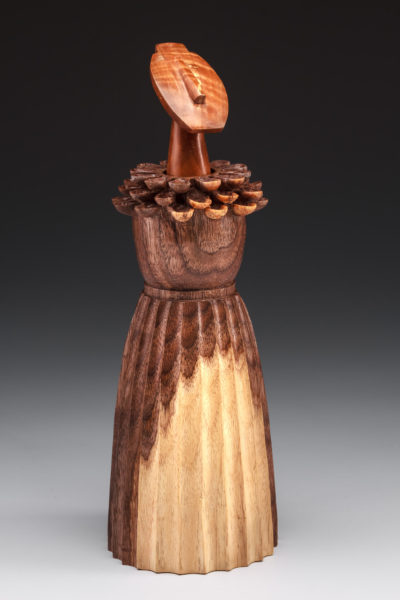 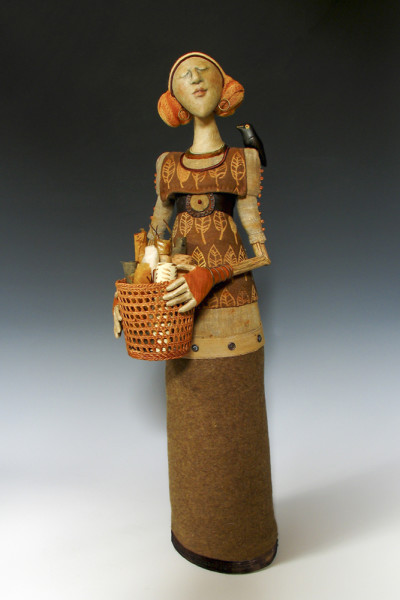 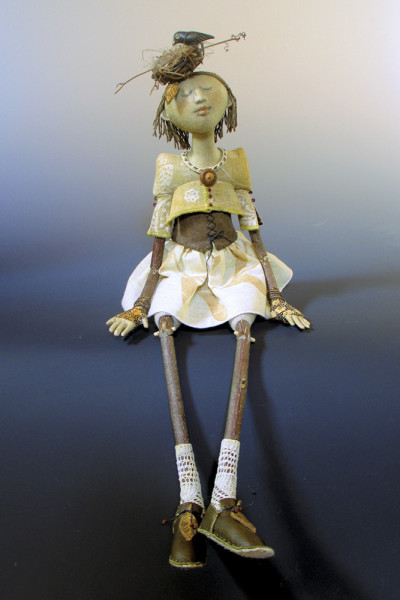 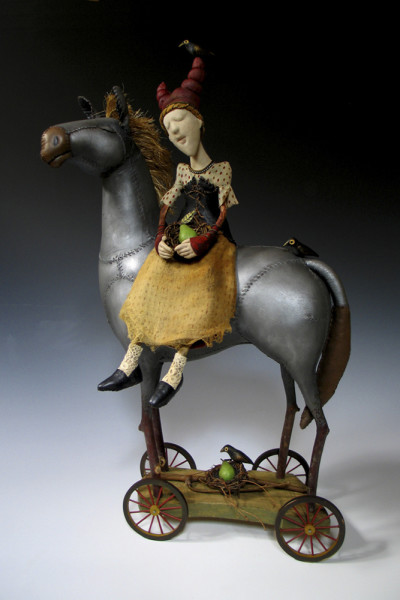 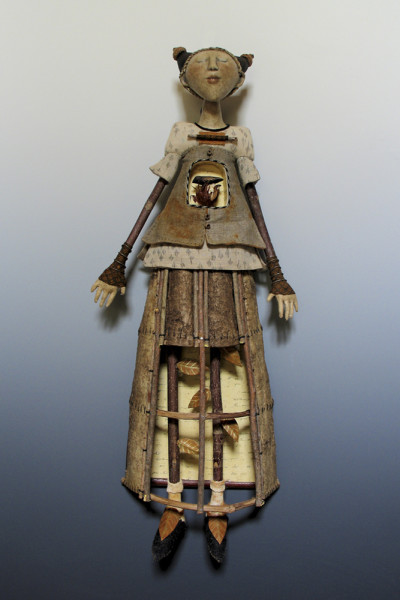 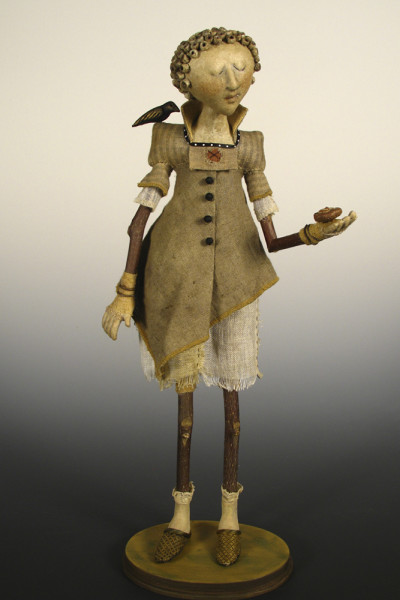 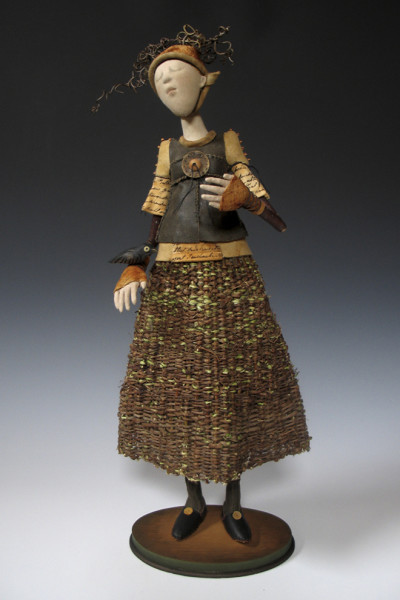 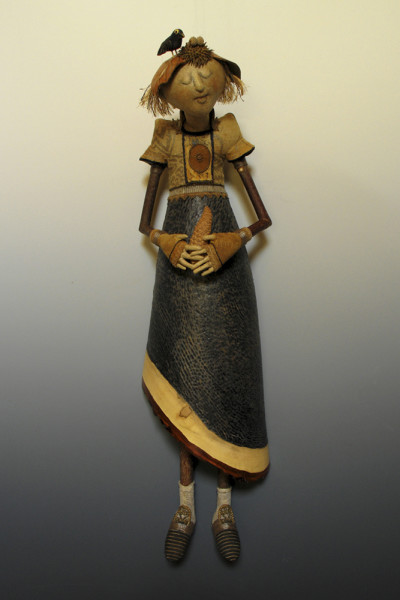 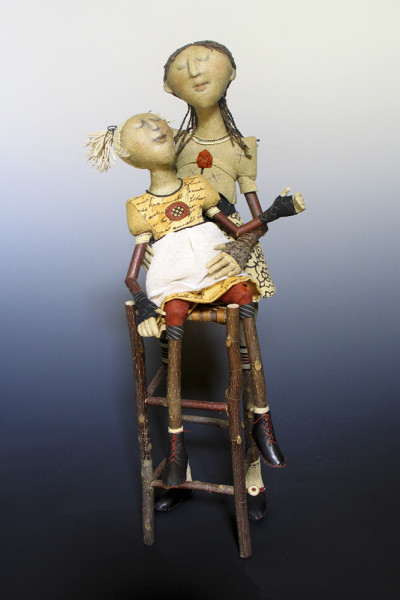 I have been working with wood since 1972, when I studied architectural restoration in Dayton, Ohio, with a master woodworker from Italy. I worked in millwork, furniture and cabinetmaking before going into partnership with Akira in 1991. Now I make wood-turned “skirts,” in addition to other contributions.

Akira Blount, my late wife, grew up in Madison, Wisconsin, and earned a BS in Art Education from the University of Wisconsin. She designed and made dolls and figures from 1969 until her untimely death in 2013. A pioneer in the art-doll movement, she participated in the elevation of the doll from toy to art object. As an educator, she encouraged experimentation and innovation in the field. She served as president of NIADA from 1997-2001.

Her love of fabric led her to cloth dollmaking. In the 1992 NIADA publication, The Art of the Doll, she wrote: “My work is of an intuitive nature…I do my best work…surrounded by my collections of old, new and used fabrics, antique trims and laces, buttons and beads, pine cones, acorns and twigs, leather, feathers and fur.”  In 1979 Akira and I and our family moved to the foothills of the Smoky Mountains in eastern Tennessee, an environment that nurtured her in many ways. She became a member of the Southern Highlands Handicraft Guild and began to exhibit her work at the Guild’s annual fairs and at the Tennessee Association of Craft Artists’ shows in Nashville. 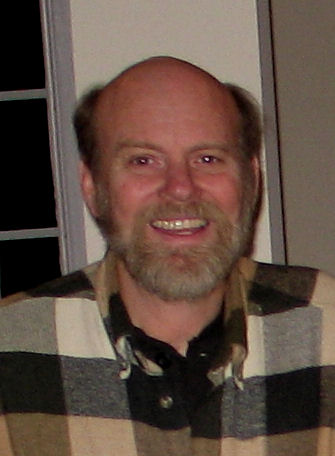