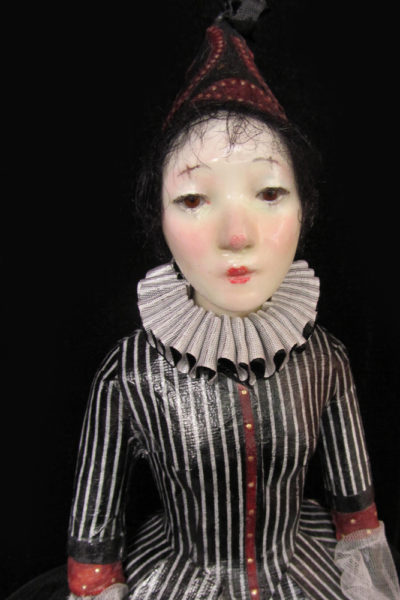 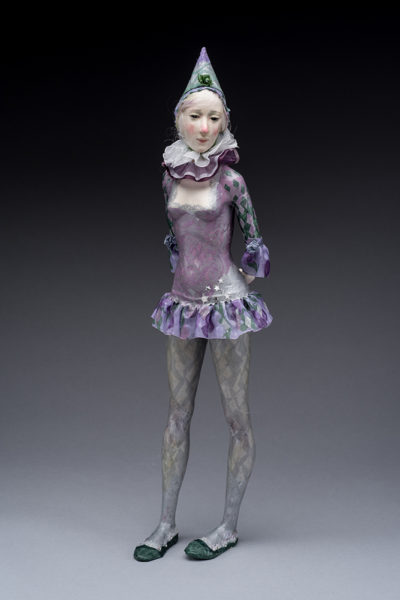 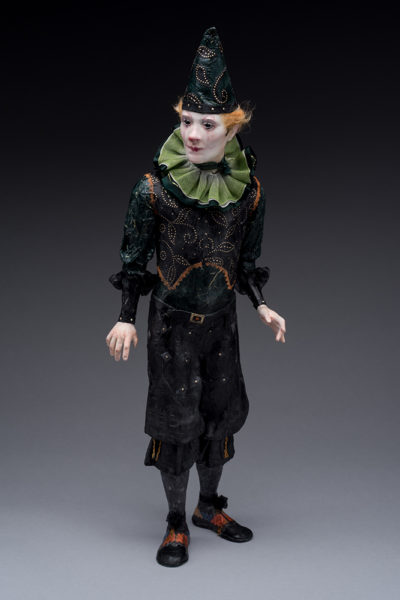 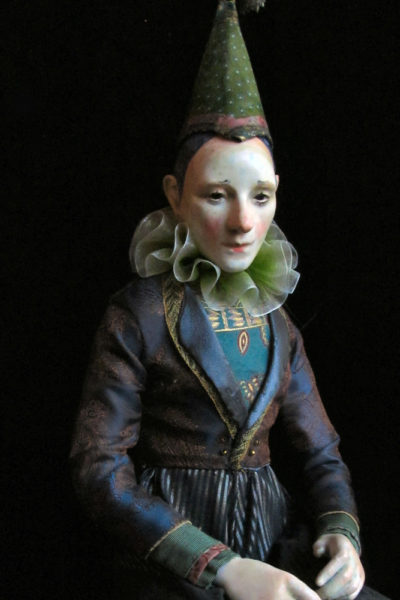 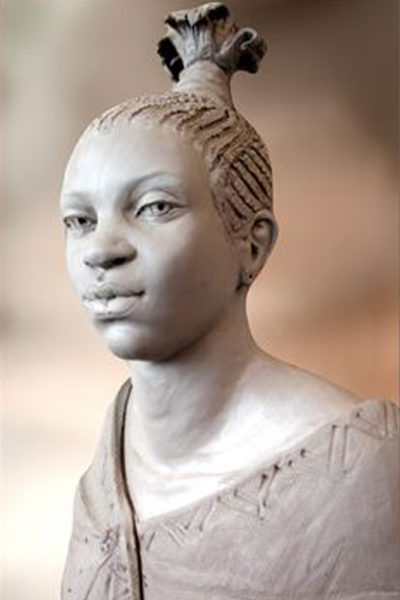 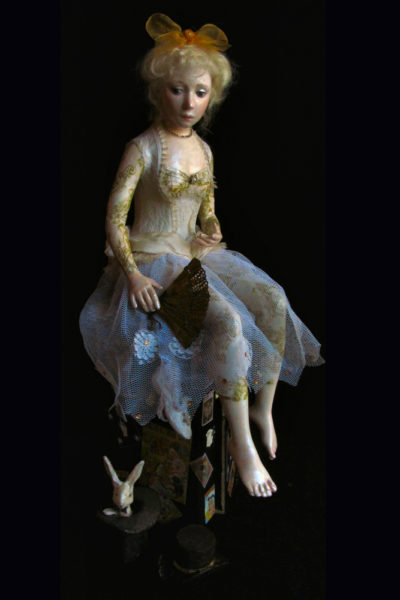 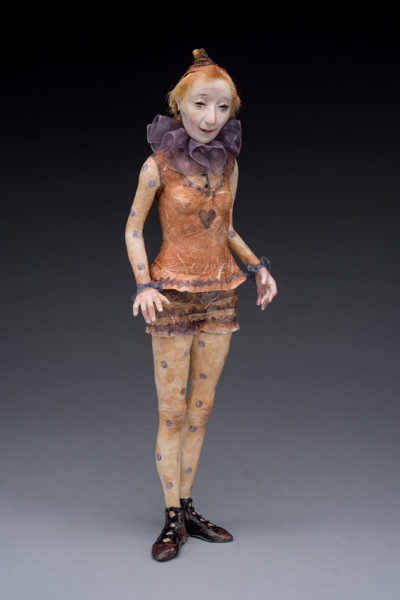 Sweetheart of the Big Ring Top

I live on the banks of the Hartbeespoort dam, near Pretoria and Johannesburg in South Africa. When I first ventured into dollmaking in 1986 I bought a dollmaking kiln and took a mold-making course using Plaster of Paris. I made about 25 slip-cast original dolls modeled in industrial plasticine, but soon realized I would much prefer making one-of-a-kind sculpted dolls. I went to a reputable potter to learn how to hand-build ceramics. Most of the dolls I made then were portraits of children, done in wax over ceramic, and quite large. I first exhibited and sold these in 1993 at the monthly Johannesburg Doll Fair, and met other artists experimenting in one-of-a-kind dolls. I joined the Global Doll Society and in 1996 won third place in hand-sculpted child dolls.

By the time we moved to Hartbeespoort in 1999, the doll-collecting market in South Africa had collapsed. Since then I have sold dolls by word of mouth and at art exhibitions, mostly in Pretoria, where the Tina Skukan Gallery always has my sculptures or Art Dolls on display. Since attending a workshop with EJ Taylor in 2011 I have changed to using self-drying paper-based clay and now make free-standing figures. The costuming is mostly paper; the head and hands are wax coated. Inspiration comes primarily from the universal and sometimes bizarre reflection of everyday life in the theater and circus.

Unhappily, all but one of my fellow doll artists have died. This isolation drew me to the NIADA convention in Stamford, Connecticut, in 2012 to find more of my kind of people. 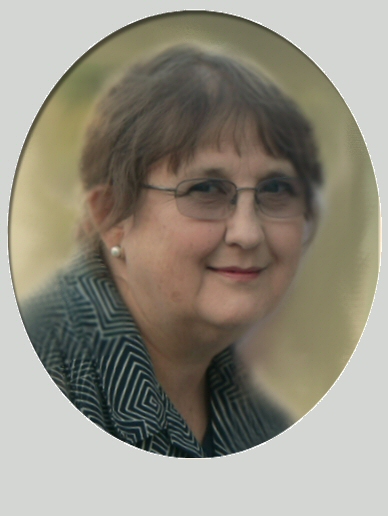