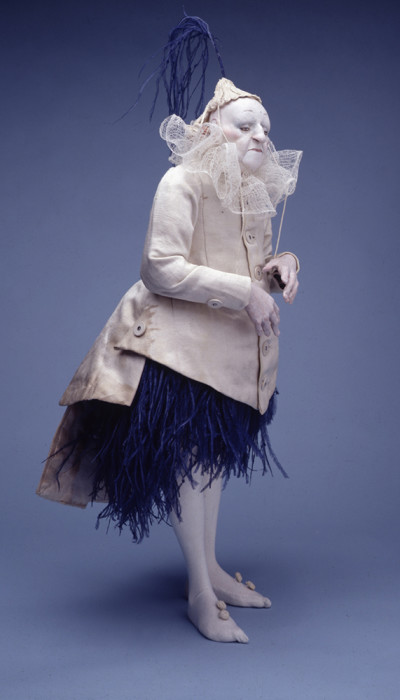 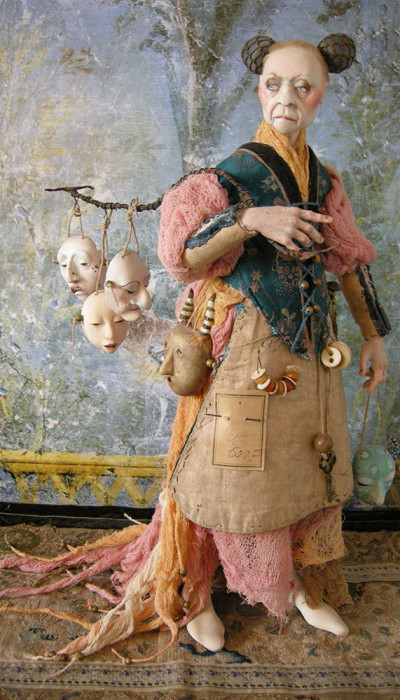 Belle of the Masque 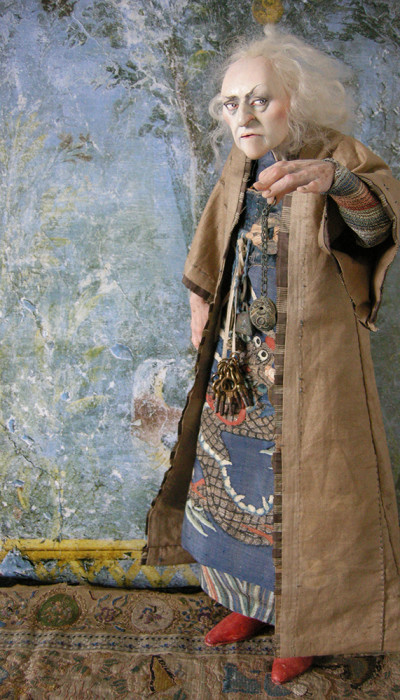 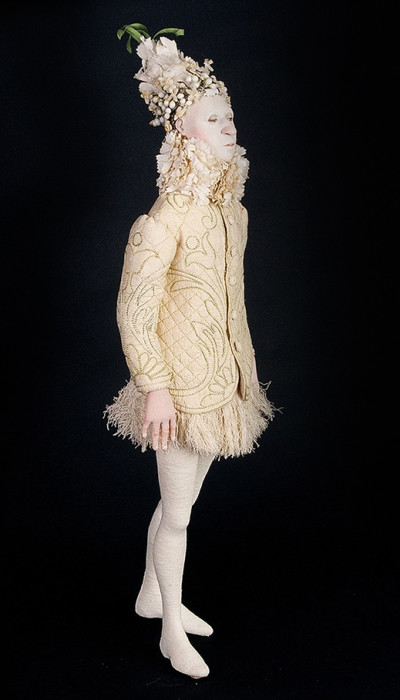 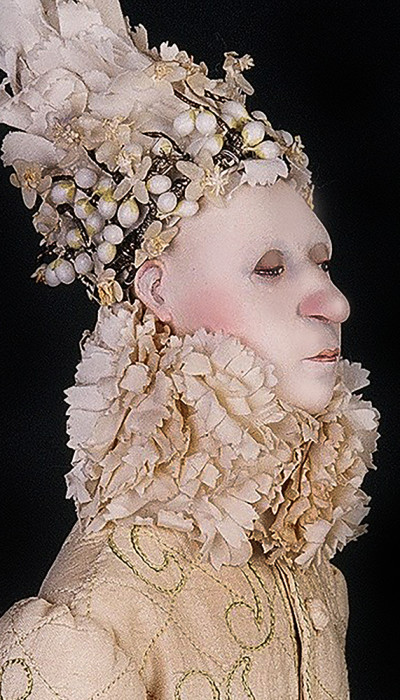 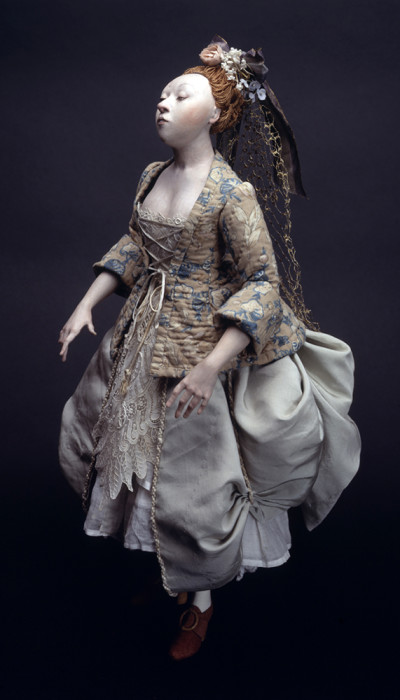 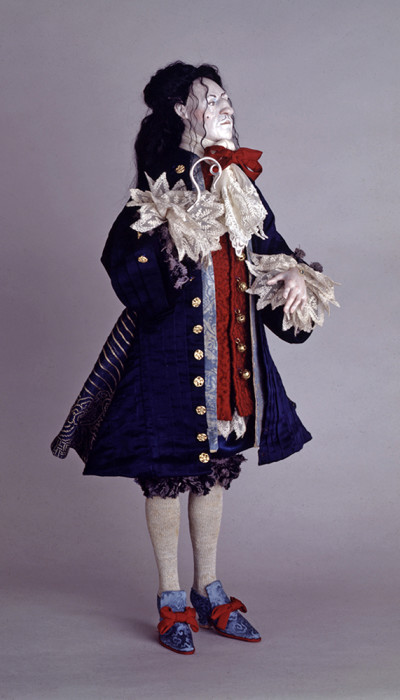 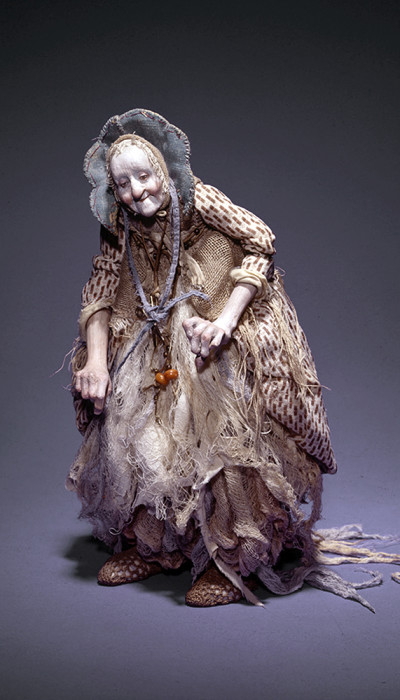 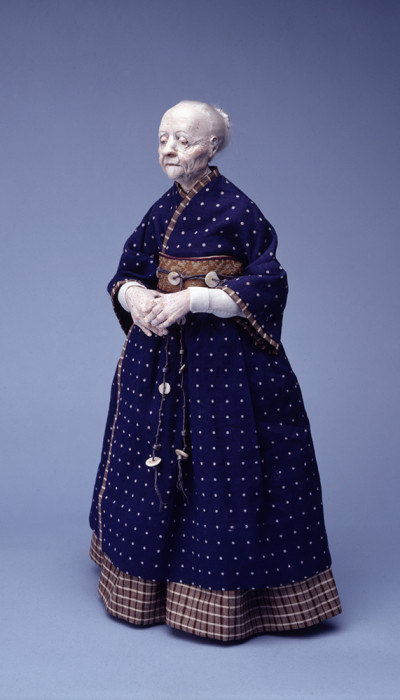 I grew up in the Pacific Northwest; our family alternated the seasons of our year between salmon fishing, working the fishing canneries on Kodiak Island off the coast of Alaska, and managing a dairy, sheep and horse farm. My interest in dollmaking began with my introduction to folk dolls as a child. I began making dolls with baling wire, cotton, scraps from my mother’s quilting basket and her worn-out nylon stockings. But my dollmaking was not encouraged, so I gave it up.

I studied art and theater in college and, later, costume and fashion design at Parsons School of Design in New York City. In college I experimented with sculpting and making marionettes. Then I worked in New York as a designer in theater, film and ballet. After moving to London in 1979, I wrote and illustrated my Ivy Cottage series of children’s books, which was published there and in the USA. But by 1986 I was missing dollmaking, and started a new creation. There was no turning back.

After my induction as an Artist member in 1993, I served NIADA by increasing our ranks with international members. At the request of Helen Kish and Robert Tonner, I planned the inaugural curriculum for the Foundations Course in Dollmaking that accompanies each NIADA conference.

I continue to lecture and show internationally, most recently in Eastern Europe, and several of my original figures have been released in (sold out) Limited Editions through Kat Soto’s site, The Dollsmith. 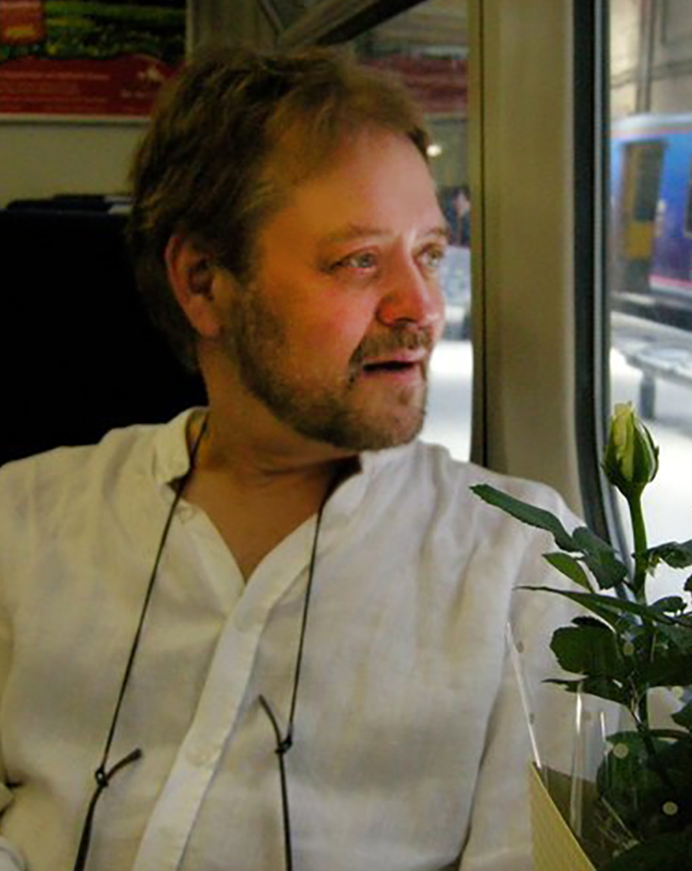